After Nazi Germany occupied Lithuania during WWII, in July, 1941, the construction of a ghetto began in Kaunas. This way, the foundations were laid for the systematic massacre of Lithuanian Jews in Kaunas Region, mainly in the Ninth Fort in Kaunas. During WWII, the Ninth Fort was turned into one of the largest sites of mass murder in Nazi-occupied Lithuania. In 1941–1944, Jews were brought here from Lithuania and other European countries (Austria, Czechoslovakia, Poland, France, the Soviet Union and Germany) and killed.

In order to remind everyone the tragic events of the Holocaust, foster historical memory and help society to form emotional connections with important events of the past, Kaunas Ninth Fort Museum with “Kaunas – the European Capital of Culture 2022” implements the international interdisciplinary project “ECCE HOMO: Those who Stayed.”

The project, which conveys history in different art forms (visual arts and dance), symbolically connects the two European Capitals of Culture of 2022, Kaunas and Esch-sur-Alzette (Luxembourg), with common historical memory – traumatic historical experiences – and brings them to life in contemporary context.

During the implementation of the project, on September 23-24, 2022, artist Bruce Clarke will present a two-part art installation “ECCE HOMO: Those who Stayed” created specifically for the spaces of Kaunas Ninth Fort Museum and intended to highlight the losses of society experienced during the Nazi occupation.

The author of the installations, Bruce Clarke, is an artist of Litvak origin whose roots are in Kaunas: his grandparents emigrated from Lithuania to the South African Republic in the 1920s. The artist was born in the UK and currently lives in France. More about Bruce Clarke and his works: https://www.bruce-clarke.com

On September 23-24, 2022, during the presentation of the installation at Kaunas Ninth Fort Museum, it will become a part of the modern choreography performance “The Wreckage of My Flesh.” The original choreography for the show, based on the butoh genre, was created by Tebby W. T. Ramasike, a dancer and choreographer from the South African Republic. Butoh is a modern dance genre formed in the 1950s in Japan. It is characterized by bright tragic emotions, slow movements and the desire to approach the primary energy. Prepared together with an international team (composers and dancers) and complemented by electronic music, the sensitive performance will convey a person’s experiences in a whirlwind of dramatic events and resistance to the terror of a brutal regime. More about dancer and choreographer Tebby W. T. Ramasike: http://www.tbodance.info 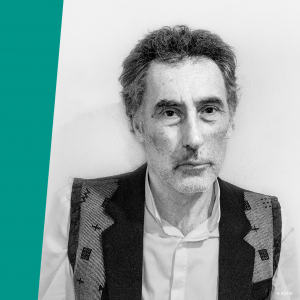 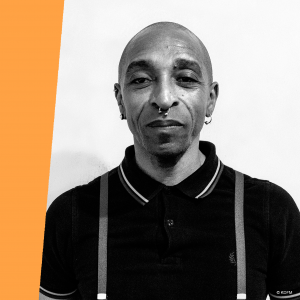 The aim of the project was to organise an international scientific conference dedicated to the local analysis of Holocaust development in the Eastern and Western European states occupied by the Nazis. Support by Culture Support Fund: 5000.00 Eur.

The aim of the project was to expand the range of services of Kaunas Ninth Fort Museum and their accessibility to various target groups of Lithuanian and foreign tourist groups and to encourage society‘s interest in the Holocaust history. Support by Culture Support Fund: 7500.00 Eur.

The aim of the project was to renew the exposition “Kaunas Fortress 1882-1915” with the collaboration of representatives of creative industries and application of innovative creative ideas. The exposition represents the historical material collected at the museum using contemporary elements and forming conditions for the development of the social role of the museum: creation of new education programmes, non-formal youth education, and emotional impact of the visual space of the museum. Support by the Culture Support Fund: 15,929.10 Eur.

The aim of the project was to install and integrate virtual education games, which develop thinking and attention, and interactively introduce children and youth to the history and museum expositions of the Ninth Fort of Kaunas Fortress. During the project, the necessary equipment was purchased and programming and graphic design tasks were fulfilled. Support by Culture Support Fund: 7,240.50 Eur.

The aim of the project was to adapt Kaunas Ninth Fort museum to tourism, creating an interactive exposition based on contemporary technologies, which represents military history to society. During the project financed by the EU, regulative construction of the semi-caponier of the Ninth Fort was designed and carried out, and a new museum exposition about Kaunas Fortress was created. Support by the European Regional Development Fund: 710.5 thousand Euros.